So, that’s it. This concludes AXE COP: REVENGE ON RAINBOW GIRL.

Thanks to Ethan and Malachai for letting us take a shot at our own AXE COP story. Thank you for reading. If you commented, thanks extra for that. This has been a long slog- I’ve been working on this comic for almost a year now, in between other projects. Getting feedback was the return on my investment and I appreciated all of it. …That was a lie. I didn’t appreciate the guy that said “I don’t like this artwork” a couple of weeks back. That guy can get eaten by sharks. The rest of you, though, you’re nice.

Now that my docket’s wide open, I don’t know what I’m going to do with myself. I’ll be needing new art projects. Got one? Hit me up at my FB page. Don’t mind the zombie and skull art, I do metal album covers and that stuff is all over the place over there.

Now if you’ll excuse me, I’m going to go treat the kids to a coffee party.

We’re playing pretend.
“Okay, you be Spider-Man and I’ll be the King of Ostriches.”
-Charlotte, 3 years old 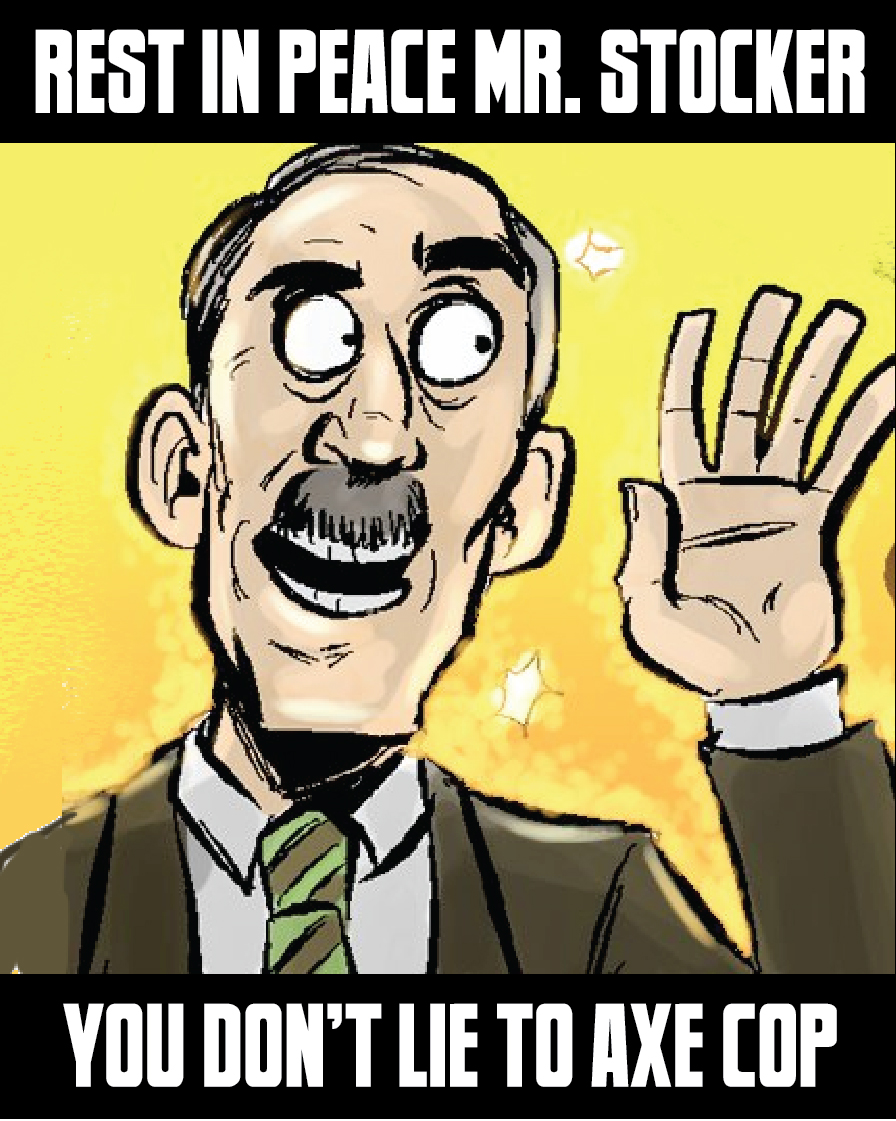