The title of this blog is a reference to the Last Boyscout which is a classic buddy cop film.  You gotta see it if you haven't.  But it also pertain to the fact that the current plotline is taking place in a head and a gut.
Today's page was another one of those ones where I just had to make a bunch of characters up on the spot because Malachai said “they find Bat Warthog Man's friends, a bunch of super heroes”.  So, I just pooped out all these super heroes.  I have no idea who they are, what their powers are or their names… but there you go.  Bat Warthog Man actually found his friends!


As you can see, the comic is winding down.  There is actually only two pages left… I may try to do a finale double episode next week.  In any case… the end is near!

In other news, my friend Austin sent me this gift… a commission from TMNT artist Jim Lawson. 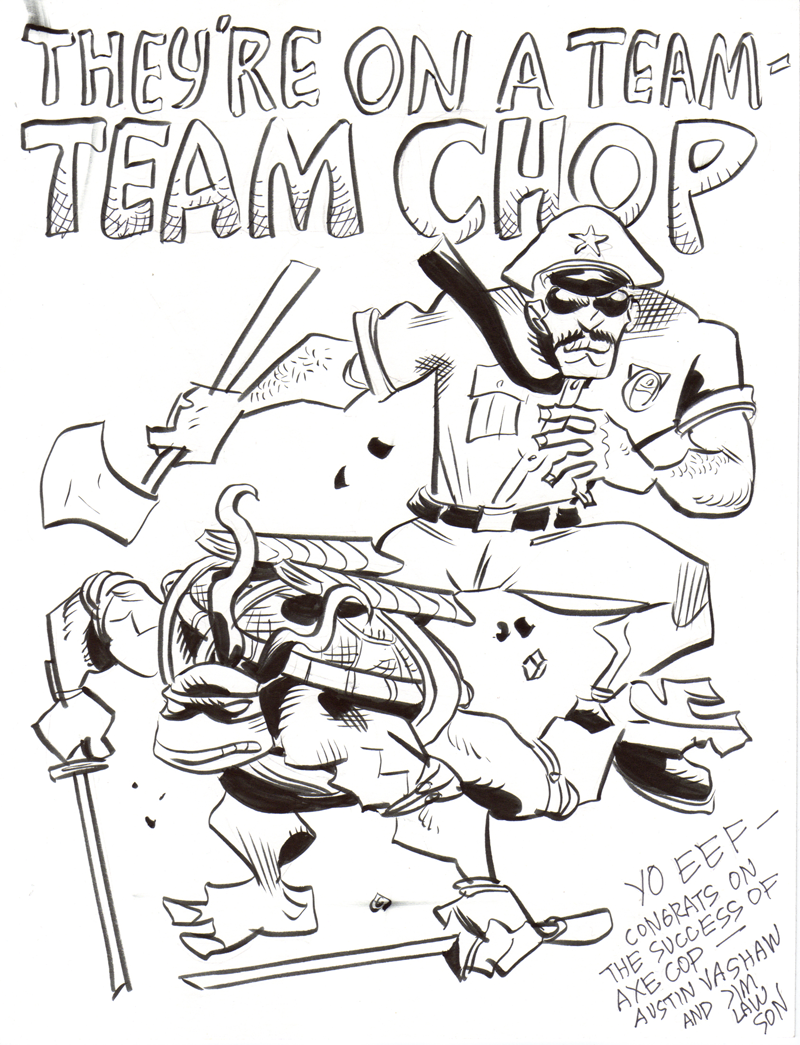 I grew up on the turtles and lots of Lawson's work, so it was pretty thrilling to see Axe Cop next to a Leonardo, drawn in that recognizable Lawson style.  Thanks Austin!  Now we just need to hook up a TMNT crossover.  I need my guys at Surge to get on that.

Anyhow… see you soon.  I owe you an Ask Axe Cop episode this Thursday!