Sorry for the late posting of this blog.  We switched to a new server last night and after a few hiccups in the transition I am finally able to post.  Today I bring you my first movie recommendations yet!  I am recommending to you two movies that go hand in hand.  Troll 2, and the movie that was made about Troll 2 called Best Worst Movie.  I am actually going to recommend BWM first, because I think that even if you are not a fan of really bad movies (and Troll 2 is very bad in the best way possible), BWM is the documentary made about the film 20 years later by the now all grown up guy who was the child actor and lead role in Troll 2. 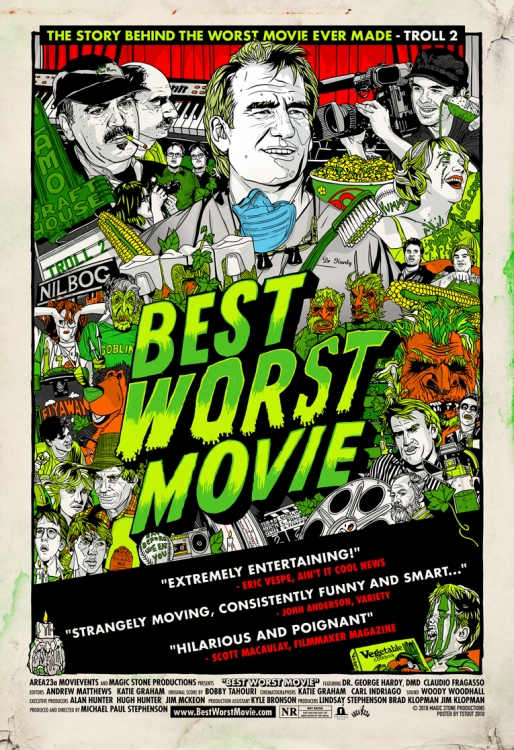 The story goes that a movie called “Goblin” was made in Utah by some Italian film makers using inexperienced locals as actors.  It was eventually released as “Troll 2” even though there is not a single Troll in the entire movie.  The movie was listed as the very worst movie of all on RottenTomatoes.com.  But about 17 years after it was released in the 80's, it found a cult following that became very dedicated and enthusiastic.  The unknown actors who had been involved in the movie started being contacted by film festivals and screenings and it became a real phenomenon.  I have been to a Troll 2 theater screening and it's an awesome experience.  The movie delivers moment after moment, it is hilarious without ever meaning to be. 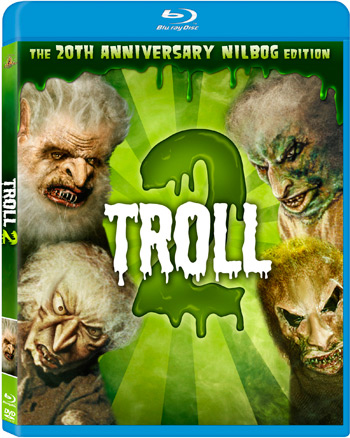 So while all this is happening, the guy who played the kid in the original film was now a grown up film maker and decided to do a documentary about the whole thing.  He interviews all the people involved in the film and in so doing takes an amazing snap shot of the different kinds of characters you will find all over this earth, especially in the arts.  It is a true slice of life.

I see the film as comparing three kinds of artists.  There are people like the incredibly lovable actor George Hardy (now a Dentist in Alabama) who are dedicated hard workers but they have a realistic view of themselves and the world around them.  They can laugh at themselves, they can see outside themselves and they know that there is more to life than the art they are involved in.  They love art, but they love people too.  They love others and have some humility in their hearts.  Then there are people like the director of the film who have allowed their passion for being creative close them off from the rest of the world.  The man is dead serious, and he dogmatically sees his work as this Casa Blanca masterpiece.  He hates the laughing and he can not seem to see the humor or admit he made a terrible movie, and it is also obvious that he has a low view of other people. Like so many other artists I meet in this industry, he lets his craft make him believe he is some how on a higher level.  There are also the people who are just downright crazy- completely wrapped up in their own heads and lucidity is as far from them as you could imagine.  Their perception of reality could not be further from the truth.  Yet, the characters are all lovable, and they are all real.  It's fascinating and it is literally one of my all time favorite movies, and probably one of the only documentaries I would put in my list of top ten favorite films if I were to make such a list.  Trust me, if you see this movie you will get an instant man crush on George Hardy just like I did.

Troll 2 is available for Instant viewing on NetFlix.  If you are not big on bad horror films, maybe it won't be for you, but give it a try, and watch it with some friends who are in the mood to laugh.  If it's not for you, don't let that deter you from checking out Best Worst Movie.  It's hilarious and it's profound in many ways.  I absolutely love it and I have watched it and shared it with a lot of people.  I'm sort of a Best Worst Movie Evangelist.

Find out more about both films at www.BestWorstMovie.com

Also, Kris Straub of Chainsaw Suit and Starslip started a new podcast called “Humor Authority” and had me as his guest on the first episode.  You know how most of the interviews I do cover the same ground, ask the same questions and basically say the same thing?  Well this one goes off the beaten path quite a bit, though I will warn you it is probably PG-13 in its language.


See you tomorrow with the next episode of Axe Cop Babysits Uni-Baby!

P.S.  Sorry, the comments section is messed up right now, so until we get it fixed feel free to chime in on the Facebook Page.