…or should I say cats?  My favorite thing about Axe Cop is the explanations.  One reason Malachai is always ready to do whatever he wants when he tells a story is because he isn't threatened by having to explain something if he puts it in.  If he needs to explain it, easy.  Witch cloud, red diamonds, next question.

The other night, Jason Brubaker (creator of reMIND, a comic I recommend once on RecomMonday… remember those?!) had Doug TenNapel and me over to his home to do an in person interview.  It's the first time Doug and I have done a podcast together.  It was a lot of fun and I think one of thebest interviews I've ever been a part of.  We covered a lot of ground and went very in depth.  This is just part one!

Also, the cover I did for Ninja Turtles can now be seen!  Doing something Ninja Turtles-related has been a bucket list item for a long time.  I had a lot of fun revisiting the characters who had such a huge impact on me as a young artist.  Noah Maas (my colorist on Bearmageddon) did the coloring on it.   This cover will be a ariant cover on issue #9 of the new IDW series coming out in April. 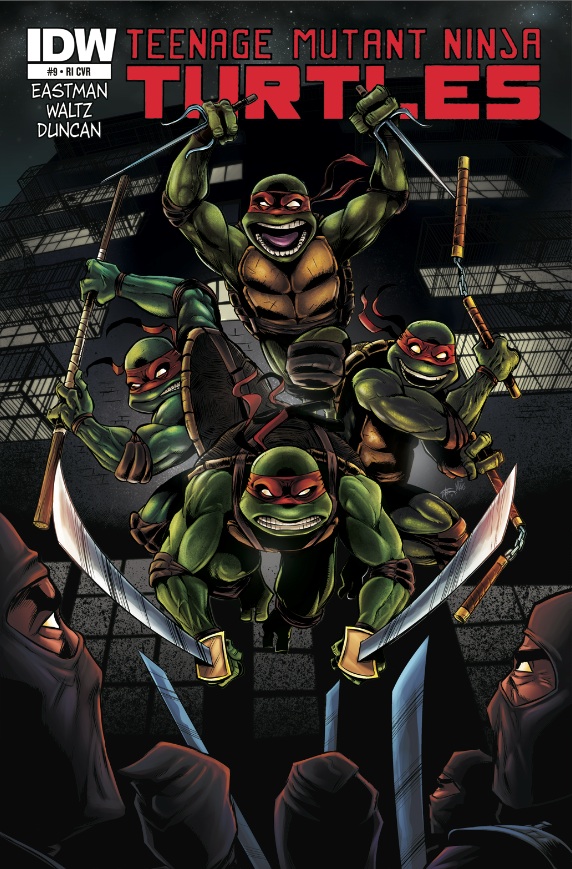 I think that's all I've got to say for now.  Stay tuned over at Bearmageddon.  Things are heating up in the story and I will be unveiling a new feature on the site tomorrow where readers will be able to be part of the comic.