I am posting this episode the night before I take off for Calgary.  By the time you read it I will be on a plane next Doug TenNapel crammed into a seat and he will probably be saying something embarassing, like making plane crash or terrorism jokes.

I am hoping that today's Ask Axe Cop episode is canon, and not just hypothetical, because I would like to draw robot Axe Cop again some time.

If you will be in Calgary, come see me.  I will be with the Topatoco crew at booth 1214.  Here's a map made by Chris Hastings (click to enlarge): 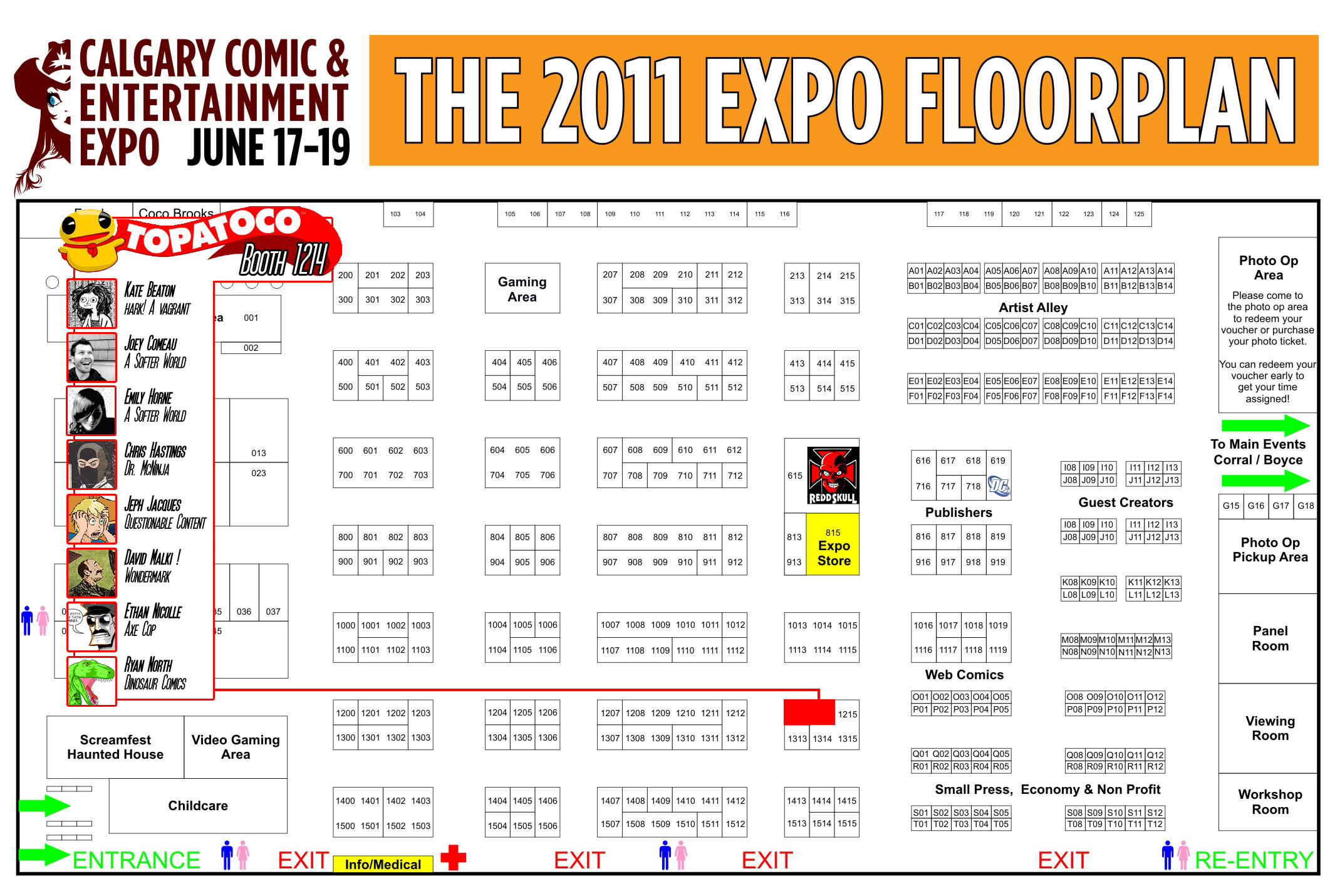 Also, Topless Robot named Axe Cop the #1 motion comic in existence!  That is pretty high praise and I hope all the guys who worked so hard on those things get a big warm fuzzy from that article.

Alright, I need to pack and get ready for Calgary.  See you in the great white north!