Ryan Browne came up to me and gave me copies of his God Hates Astronauts comics at Detroit Fanfair.  Because, most of the time, when people come up and give me their comics they are really bad, I tried not to let him onto the fact that I thought the cover and the title alone was awesome.  But on the plane ride home I read the two issues and enjoyed myself immensley.  If you like comics like Axe Cop and Dr. McNinja that poke fun at the super hero genre, you will love this comic.  I will warn you that there is adult content in this series, so don't read it to your kids. 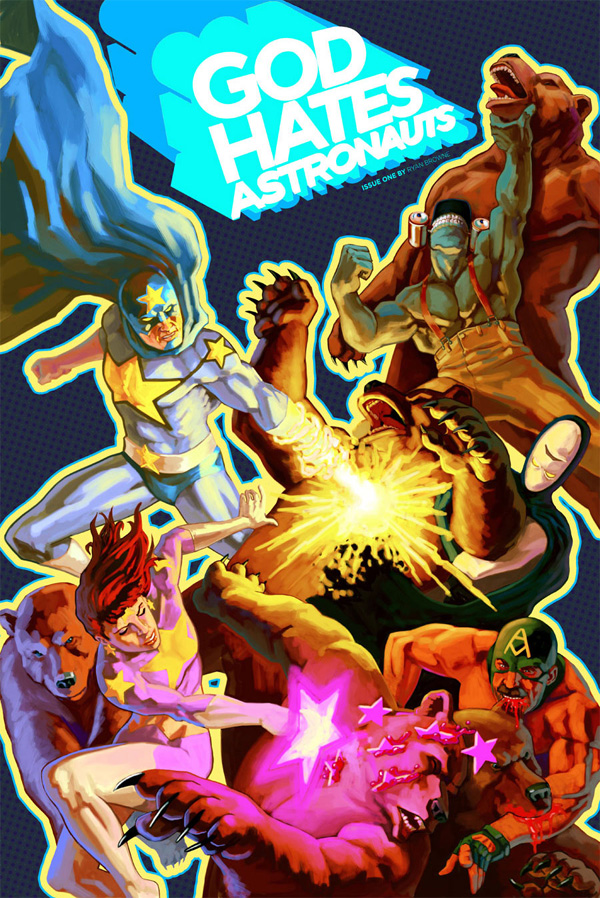