Well, the Axe Cop Documentary Kickstarter has been off to a bit of a slow start but there are a few new incentives… First, Nick Offerman, AKA Ron Swanson from Parks & Rec, who has his own woodshop has told us that he is going to carve us a one-of-a-kind replica of Axe Cop's axe out of mahogany.  It will have his, Malachai's and my signature burned into it.  He is also going to contribute 5 hand-carved mustache combs with Axe Cop's insignia on them.  On top of that, there is a shirt and print in the offerings, but no designs has been posted.  Well here it is!  This design can only be attained by being a backer of the film on Kickstarter.  I called Malachai and asked him to tell me some of the awesome kicks Axe Cop is capable of.  I put my favorites onto this design.  It's sort of like one of those posters of moves Axe Cop has hanging in his station (click to enlarge): 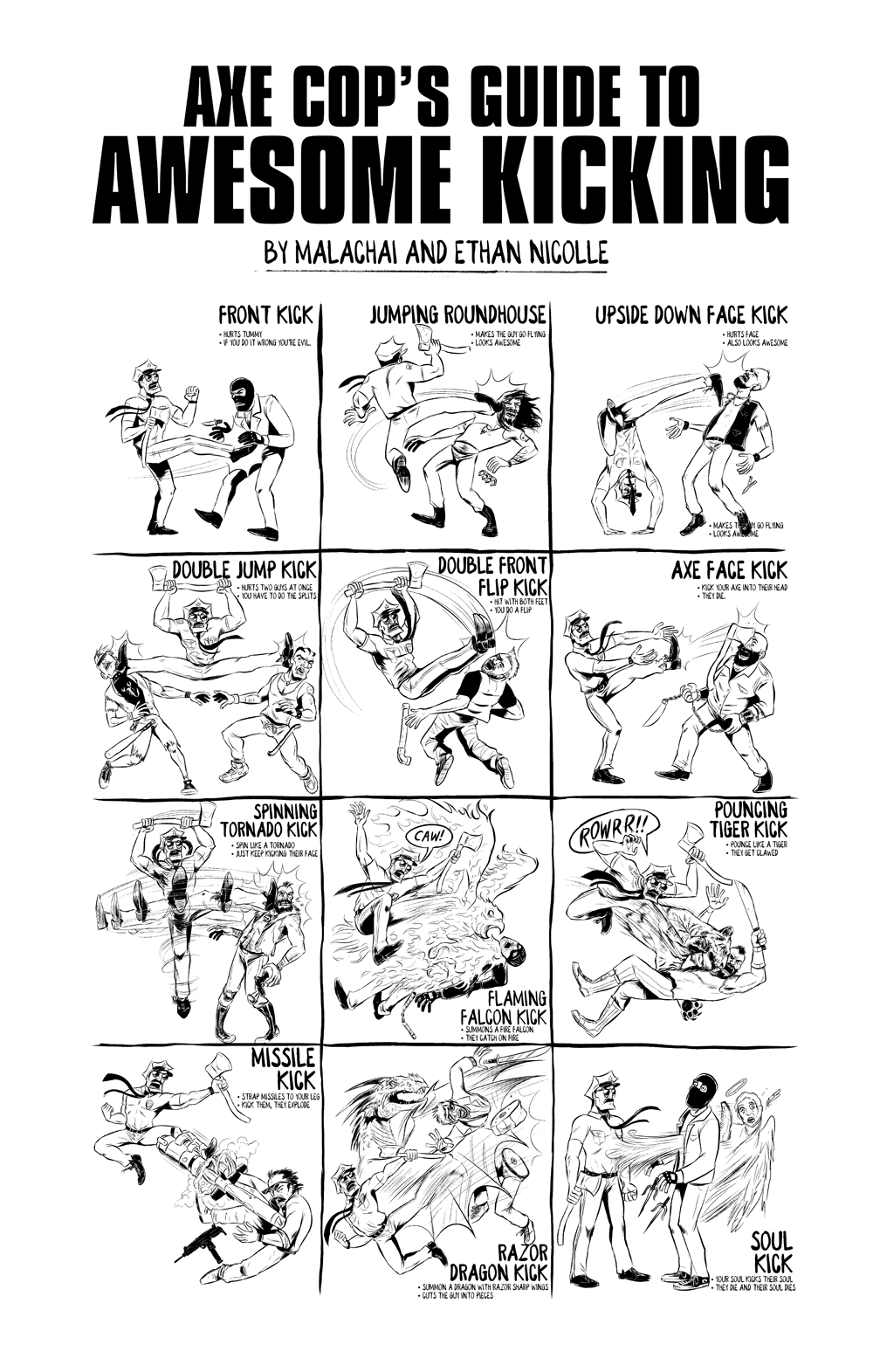 The shirt will have 6 of the kicks on it, the 11×17 print will be what you see above.  In this video Nancy documented the creation of this shirt:

Want a print or shirt?  Back the Kickstarter now!

As for today's Ask Axe Cop, I have been hard at work on the commissions.  I have been snapping pics of them on my Instagram as I complete them.  I was so into inking with real ink that I decided to do today's episode the old fashioned way.  This is the first time I have drawn a comic in pure pencil and ink since around 2006 or 7, so it is a little rough but it was fun and it has some charm.  I should have worked bigger, and probably used india ink instead of Sumi, but I like the grays.  Once again, Ask Axe Cop has produced some new characters I really want to see more of.  Last week it was Officer Lighting and Sergeant McQueen.  This week we have El Fuego, El Stupendo Patata and Vegtee-Bull.  I think a more detailed story of El Fuego's road to El Patata should be on the to-do list.

That's all for this week.  Thanks for stopping by!