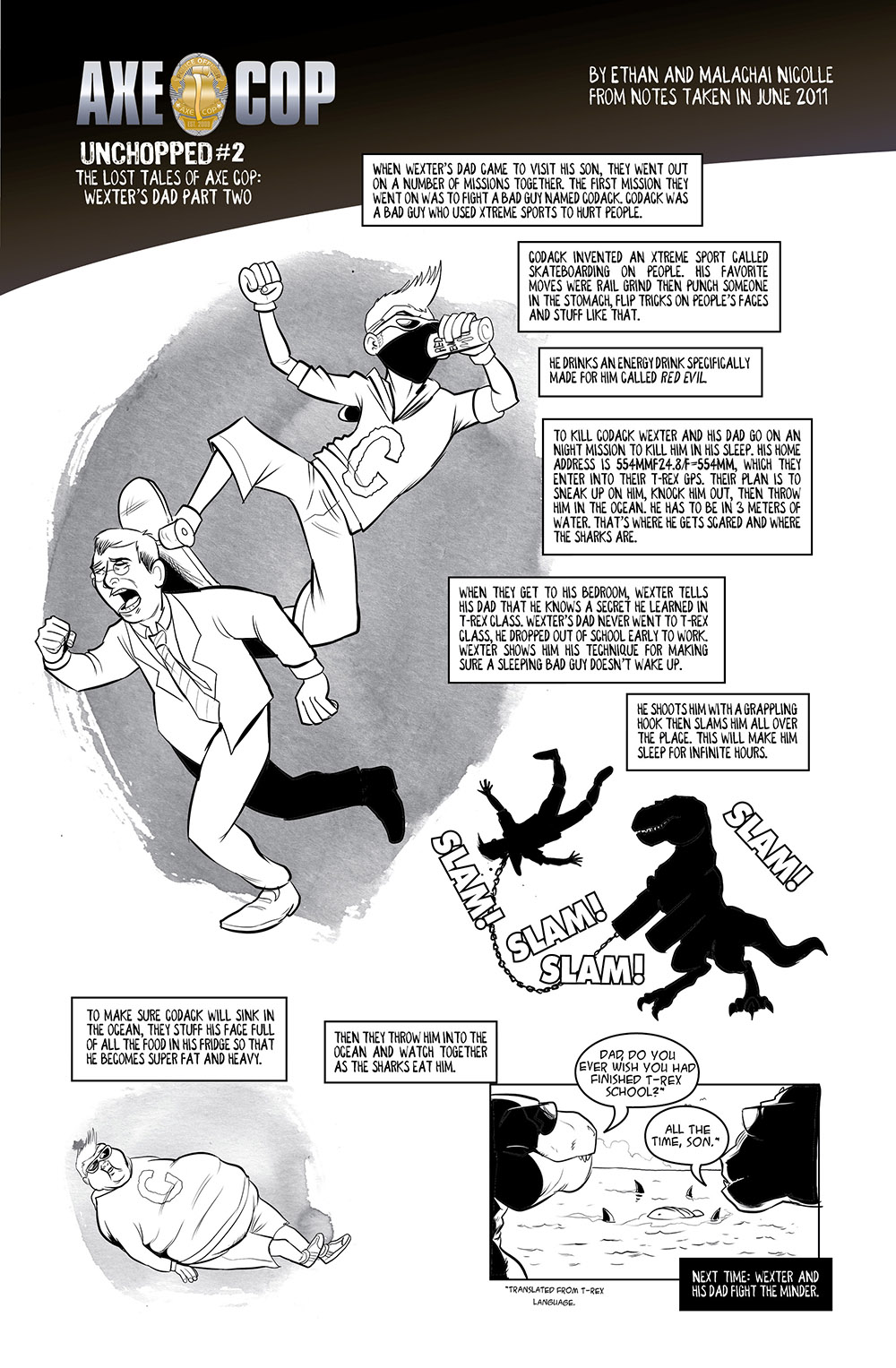 This part of the story was highly inspired by two things. The new Kodak camera I had bought for recording our creative sessions, and our old dad.

The camera became the inspiration for Codack’s name, his address and the fact that he must be killed by being placed in 3 meters of water. This was a small sports camera I had bought. One of the cheaper ones in the store, just to have running while we played. We also wrote a lot of this one while in the car, so we had the GPS there as well.

The moment when we find out that Wexter’s dad never finished T Rex school is one of my favorites. It figures in later on as well, as you’ll see. This is inspired by having a dad who was born right at the end of the Great Depression into a very poor family. He dropped out of school at a young age as many did back then. He eventually finished school and went to college as well.

I started a Patreon page for Axe Cop, if you feel like supporting the comic. Thanks to all those who already have!

That’s all for now. Next week, Wexter and his Dad go on another mission on their little father and son outing. This time they will take on “the Minder”.  See you then!
Ethan

One thought on “Unchopped #2: Codack”