It's just been confirmed that Malachai and I will be at Emerald City Comic Con in March!

Our first convention appearance together, ever! 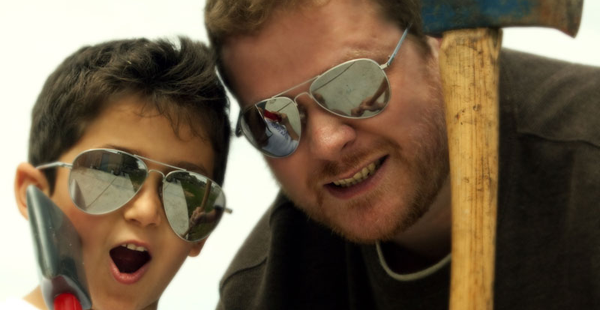 Malachai, being 6, has never been to a Comic Convention.  He lives in the Boonies, and his Dad is almost 70.  It's just not the kind of situation where you end up at Emerald City Comic Con.  But, Malachai went ahead and wrote a comic that got published by Dark Horse Comics and took the internet by storm, then Emerald City Comic Con kindly invited him and his big brother (me) to their convention, and since Seattle is only a few hours away… now he gets to go!  This will be the first time we have BOTH been to a convention together, and will be a rare chance to get your stuff signed by both of us.  Also, Bad Guy Earth issue one will have just been released a few days before this convention, so you will not only be able to get Axe Cop Volume One signed, but you will be able to get Bad Guy Earth episode ONE signed as well!

I will update the blog and the appearances page as things unfold.  See you there, northwest head choppers!