Malachai finally gives us the details of how to tell a good front kick from a bad front kick, and we aren't just talking technique, we are talking innate moral disposition.  The thing at the end of this epiosde with the super hero costume was actually from another answer he gave I never could fit anywhere… the full version is this:  Every night before you go to bed, you have to take off your super hero suit and shoot it in the heart.  If you fall asleep in it, it will turn evil in the morning and you will have to shoot it in the heart and you will die.  I have no idea where he got that but I found it kind of fascinating and it has all the makings of a good, tragic fairy tale or fable of some sort.

In other news… Axe Cop was in Nintendo Power!  NP did a feature on super heroes in video games and they had a side bar with heroes they would like to see have their own games.  At the top of the list was Axe Cop!  To me an Axe Cop video game is a no-brainer.  Let's get on it!! 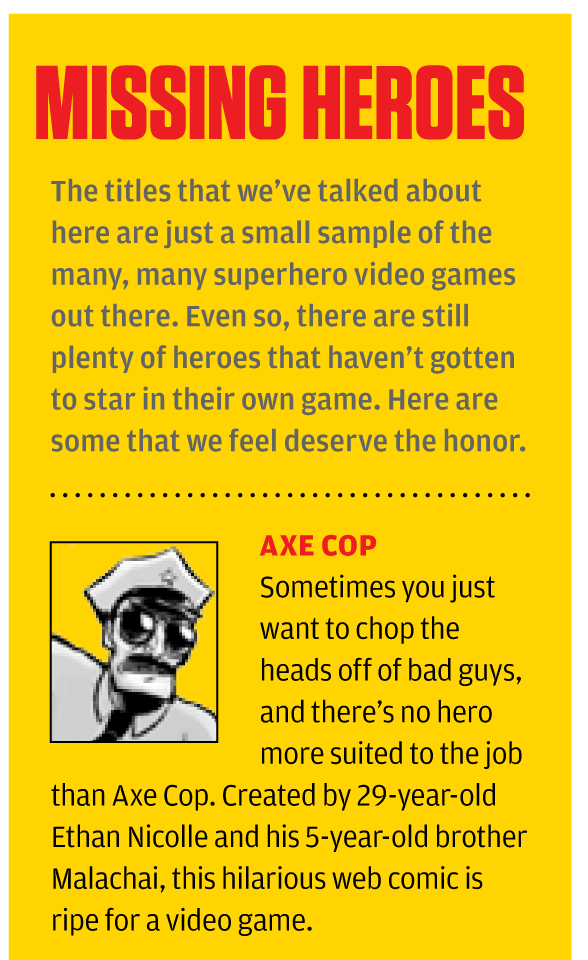 That's all for now.  Need I remind you to get some of these awesome stickers?  See you next week for part two of Jack and John!