It's RecomMonday!!  I have two recommendations (or 7 depending how you count…).  The first recommendation is mainly because these shirts were just released today, and I drew one of them.  Threadless.com does these series of tee shirts called “Comics on Tees” and I was invited my my friend Jhonen Vasquez to participate in this series written by him and drawn by him, Becky Cloonan, JR Goldberg and myself.  It was an honor to be among such talent and I did my best to measure up.  My assigned shirt features a robot fighting a sea monster.  I think it turned out pretty cool.  You can buy all four, or individual shirts right now at Threadless! 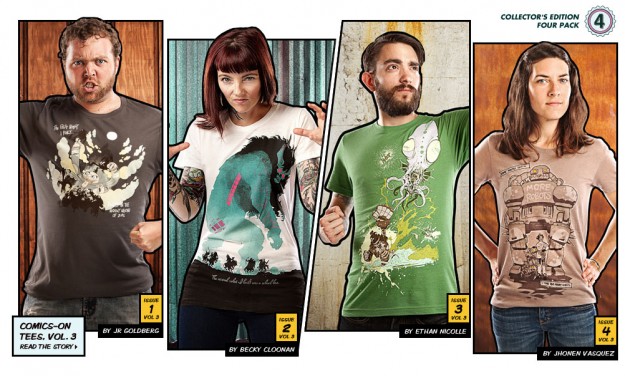 As a side note, I have also put a “donate” button up over at Bearmageddon which will give you access to an exclusive Octo-Bear wallpaper.  My computer is on its last leg and I really need to buy a new one, so all help is highly appreciated!

Now for the real RecomMonday entry, I present to all aspiring creators my favorite series of books on writing around… Save the Cat! 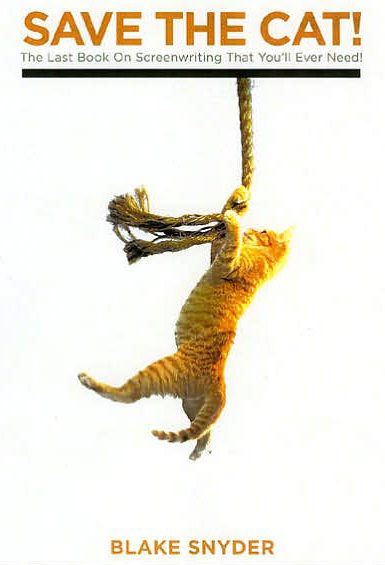 When I first moved down here to the Hollywood part of California, I met with my manager Peter at the Gotham Group.  I had recently had my first TV show pitch optioned by Cartoon Network and, because that had set the ball rolling, I moved down to California.  When I met with Peter, I tried to explain my other story ideas to him, and as I struggled to put them into words, he wrote on a card and handed it to me.  He had written the words “Save the Cat”.  He explained that this was a great book not only on writing, but on being able to pitch your story in a way that people will want to read it.

If you live in Hollywood, you see people reading these books everywhere.  They became the big hit book series on screenwriting over the last few years and the reason why is they are fun to read and simple to understand.  Unlike a lot of famous books on writing, Save the Cat boils it down and doesn't get into a bunch of Theory and esoteric concepts.  It lays it out.  It's really brilliant.  I was so inspired by Save the Cat that I got on the web site and noticed that Blake Snyder, the author, was going to be doing a small group weekend seminar. I coughed up the cash and signed up.  The classes were limited to only a dozen people and took place in a conference room in Hollywood all day for two days.  I wasn't sure what I was in for but the experience was amazing. 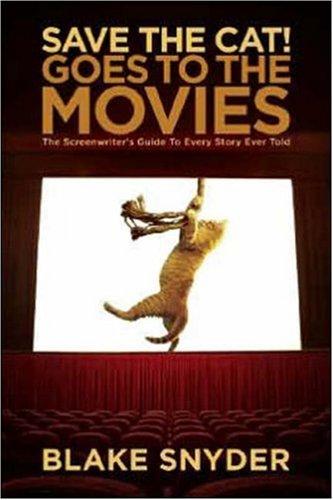 When I showed up, I had this messy, incoherent idea for a story called “Bearmageddon”.  I had written about three incarnations of it… one that took place in the future, one where a father is trying to save his son, and on about some slackers.  I had no idea which one to tell, and none of them were very good.  Blake really helped me turn the story into something I was really excited about, and on the last day after I did my final pitch, Blake said “Congratulations.  You just pitched the weirdest story I have ever heard.”


A week or two later I got the completely shocking news that Blake had died of a sudden heart attack.  This guy who was so full of life and passionate about teaching storytelling showed no signs over passing on any time soon.  It was totally tragic, and as far as I understand, those other 11 people and I took the last class he ever taught.  It was an honor, but a very sad one. 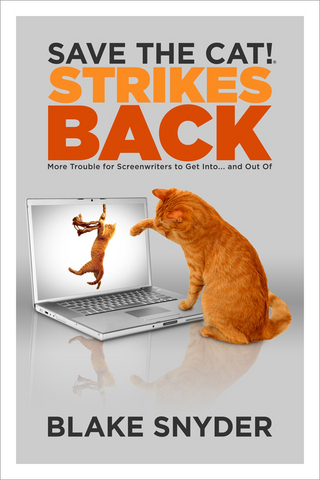 Blake had just been finishing up the third volume “Save the Cat Strikes Back” when he passed.  It came out somewhat recently and I have been reading it lately, which inspired me to post this today.  I know that for people in my neck of the woods (Hollywood) these books are as popular as NASCAR in the South.  But I wanted to share these with you guys because I know that a ton of you are aspiring comic artists and creators and if you want to tell a story, GET THESE BOOKS.  At the very least, get volume one.  You will not regret it.

That's my big recommendation for you this week.  Tomorrow, I have a little surprise for you guys, so I'll see you then.