If it's not yet obvious, this character was very much inspired by Bolt.  Also, Malachai loves the movie “Underdog” and has been trying to work under dog into the script for a while now.  He finally got his “Super Man but a dog” character.

If you haven't been following the Twitter/Facebook feed, the first Bearmageddon shirt is now available: 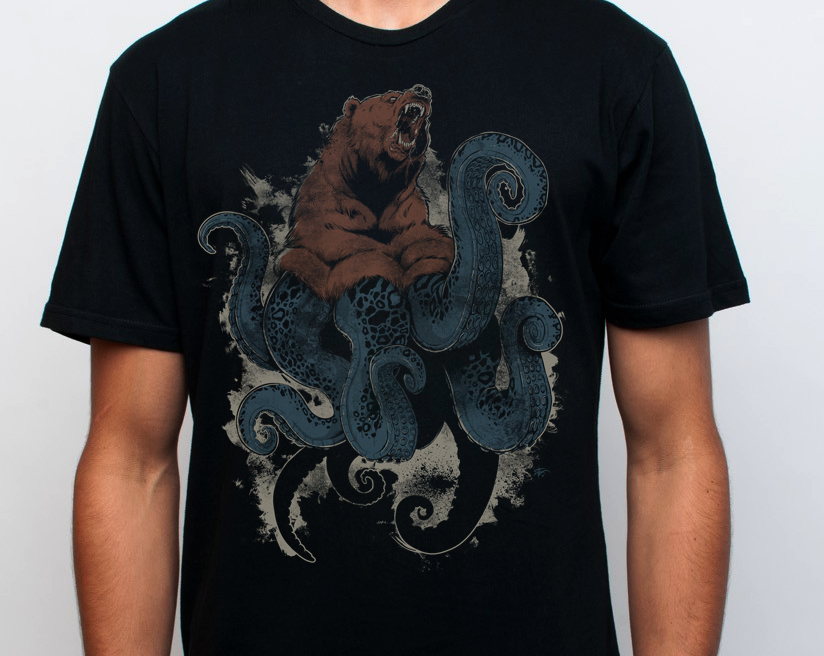 I don't know how you can go wrong with an Octo-Bear t-shirt.  It's a great gift for Dad this Christmas.

I'm still working on that new mini-series.  We settled on a title.  I'm going to leak it here, right now, even though it won't be out for a long time.  The title of the Bad Guy Earth follow-up miniseries is: Axe Cop. President of the World.

If you read the Bad Guy Earth miniseries, then you know by the title that this miniseries will pick up right where Bad Guy Earth left off.  If you haven't read Bad Guy Earth, well, have a spoiler.  That's what you get for being a Johnny-Come-Lately.

Munchkin Axe Cop should be out any day now, if it is not already.  Also, I plan to do another barrage of Christmas commissions like I did last year, so get ready, I'll announce it soon.  I am hoping to raise enough for a new computer AND Christmas.  That is quite a goal I know, but it's worth a shot.  Thanks for reading, and thanks to Kailey for coloring!  See you next week (or tomorrow at Bearmageddon).