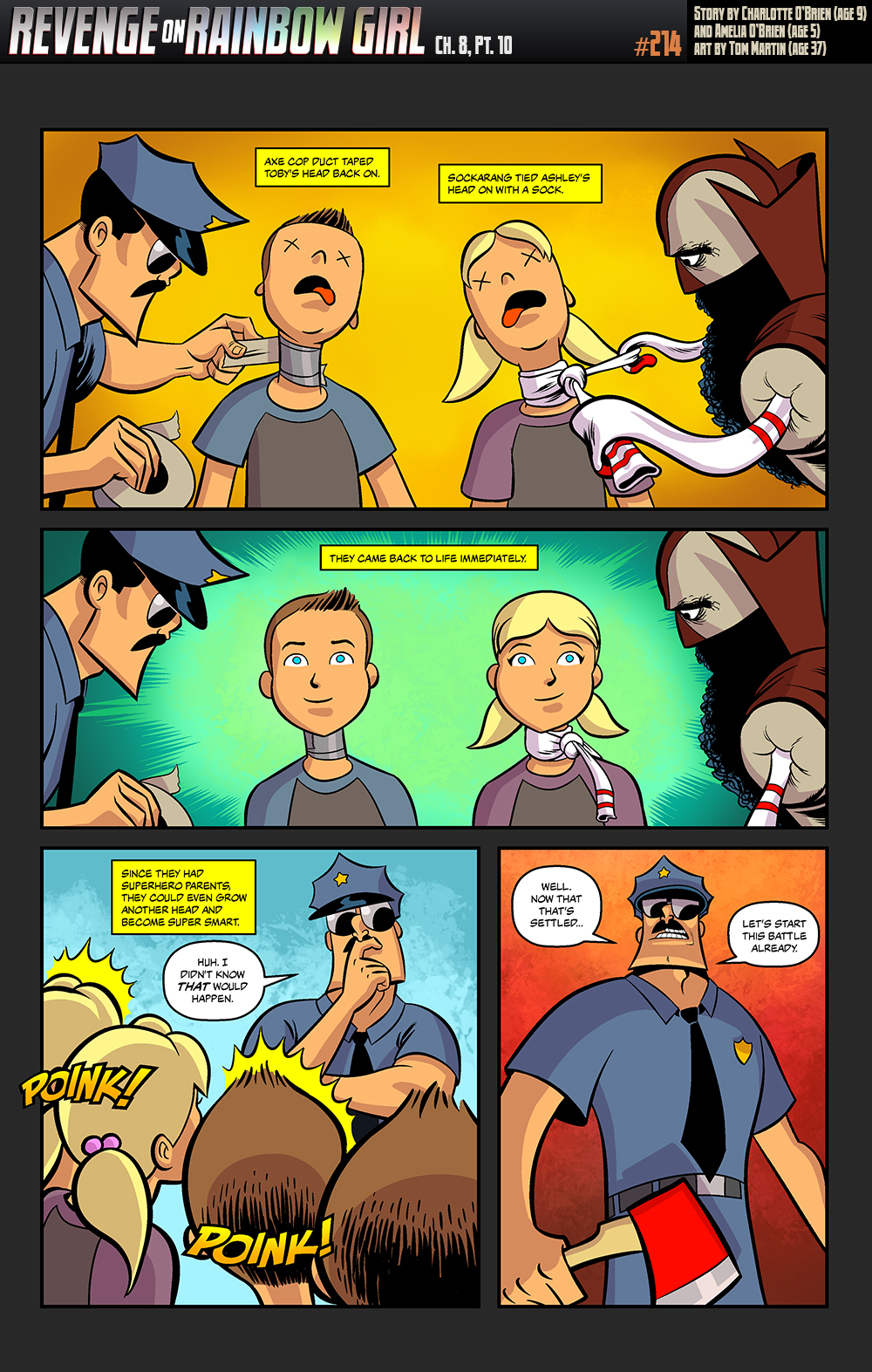 Doctors spend years getting degrees and wasting their time. Just stick things back together and walk it off.

…I honestly don’t have much to say today, so this is going to be a pretty anemic blog post. Actually, let me take this opportunity to post something Charlotte and I talked about when she was four years old. We were in her room playing with her stuffed animals, and she established that we live in a world of dogs. I joked that I wanted to eat one of the dogs.

Me: “Oh. Well, that’s considerate and creepy. Where’d you get this dead dog?”

Me: “What else do they sell at this store?”

Me: “Wow. What’s their slogan? A slogan is something the store says about itself. McDonald’s is I’m lovin’ it. What’s World Dead Dog’s slogan?”

Me: “Do they come in different flavors?”

Her: “Yep. Chocolate and strawberry.”

Me: “This sounds great, but how do the dogs die?”

Me: “And World Dead Dog sells them to eat. Aren’t old dead dogs less tasty than fresh ones?”

Me: “They’re not making much of a profit, then.”

Her: “They have little monkeys that kids like to eat.”

Me: “Are the monkeys dead too

Me: “I thought World Dead Dog sold only dead dogs.”

Her: “Well, they sell a few dead monkeys.”

Me: “Catering is when a restaurant brings food to a place. So do they go to parties and set up piles of dead dogs on long buffet tables?”

At that point I imagined silver catering trays filled with dead dachshunds and burst out laughing hysterically. I’d been trying to hold it in and just couldn’t anymore.

Oh, hey! Ethan and I are throwing a contest on the Axe Cop Facebook page. It’s the GET REVENGE ON RAINBOW GIRL contest, in which you tell us how you’d get revenge on that dastardly villainess. The winner gets a bunch of cool signed Axe Cop stuff. Visit the page for details and enter.

I guess that’s it for this week. Big page next week, and from here on out, not one page of REVENGE ON RAINBOW GIRL isn’t packed with violence. It’s been a peaceful story so far, but things are about to go off. Have a great week.

“I have a boo-boo in my mouth
and it’s like a toy for my tongue.”
-Charlotte, 5 years old