I’m excited to finally present to you BIRDS OF PREY! The first ever Axe Cop mini-game. To answer a couple inevitable questions…

1. YES it can be beaten.
2. NO, I will not give you any hints
3. The first person to WIN and email the victory screen to [email protected] gets this sumi ink drawing of Axe Cop riding a bear! UDATE: Congrats to the winner, Colin T.! 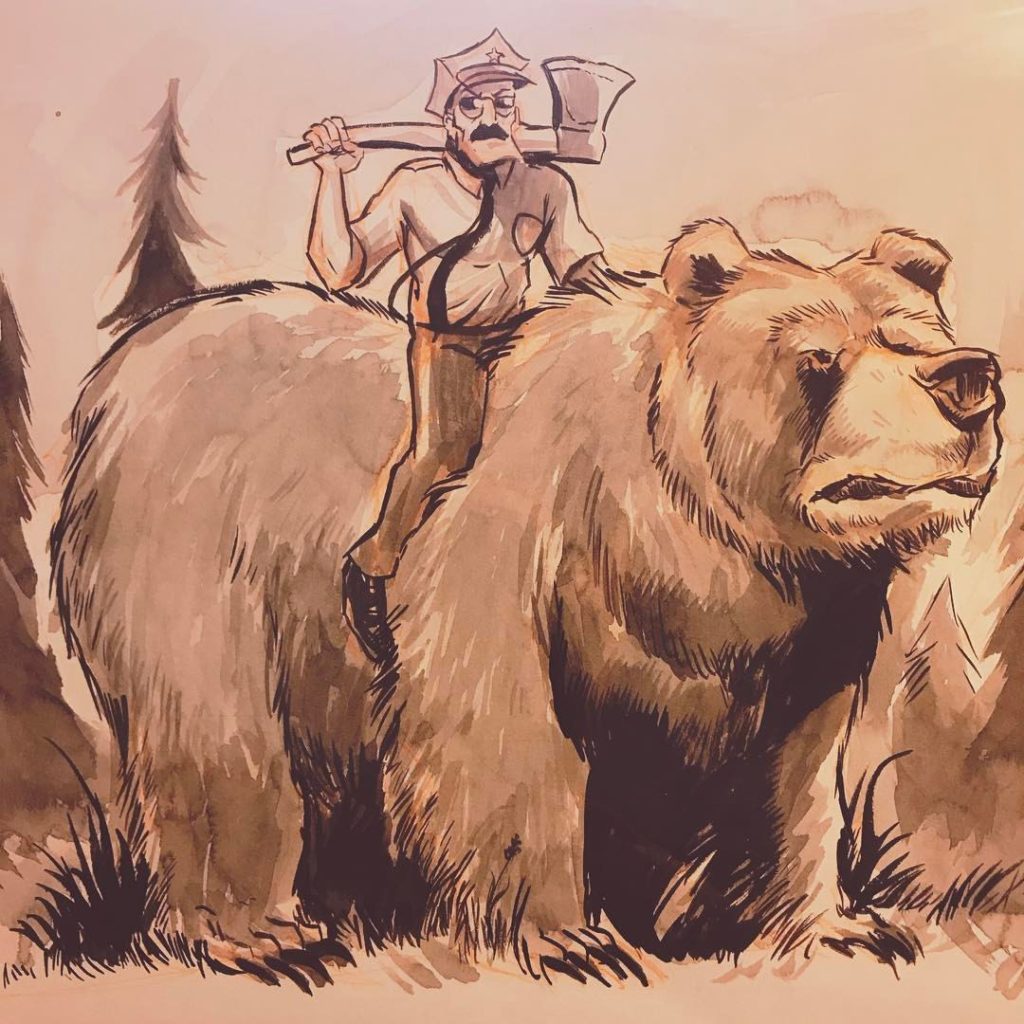 4. If the embedded game is not working for you, you can download the game for free here: Windows version, MAC version. I promise there is nothing malicious in that software, it’s just the game.

Huge, huge thanks to TBA Games! for making this game a reality and Parry Gripp for the amazing music, and of course Dave DeAndrea for the great voice work. This game is hilarious and I can’t get that song out of my head.

Also, PLEASE DO ME A SOLID! My other comic, Bearmageddon has been climbing the charts over at TWC.com. I am trying hard to get it to hit #1. I have never made it to the top 10 and I really want to see the effect it has on my traffic to reach the top 10. Please take a moment to vote, It is super simple and doesn’t require any sign ups or registering. You can vote DAILY. We went from spot #650 to #144 yesterday alone!

Good luck with those birds and thanks for reading Axe Cop.

I’ve been pretty excited to get to this page because, though it may be a simple game, it is the first Axe Cop game ever and Axe Cop was made for video games. Yes, there is a game. It is still in the works. We were going to release it today but we still need to work out some kinks. So… I released it for beta testing to my $5+ monthly Patreon members. If you want to join up you can play it right now. First person to beat it and send me proof gets a free sumi ink commission. It’s not easy to beat, but it fits in with the storyline if you pull it off.

For the rest of you, the game will be out next week! YEAH! Huge thanks to Erica and Cameron at TBAGames.net for making this game a reality, and to Parry Gripp for that awesome song.

I’m just going to say right now, we have something pretty cool planned for next week. Not just a song, but something else. Something we have never done before. Patreon members got a sneak peek today.

Also, I may have already mentioned it, but we are converting Bearmageddon to mobile format for Tapas, Tabulit and Webtoon. Download the app or click the links below. If you have never read Bearmageddon, now is a great time to start. This is a great format and really fun to read this way.  You can also find Axe Cop comics on Tabulit. We plan on converting Axe Cop to this format eventually as well.

Next week is a big surprise! See you then.
Ethan