It’s been a wild ride with this book. It did great on Kickstarter, I shipped all those, then I began trying to get it up on Amazon. I’ve released this book totally independently and it is hasn’t been easy. I spent my own cash to go onto various podcasts and radio shows to promote the book and in the middle of that trip, Amazon took my book down. I still have not figured out why they did it. They cited a number of possible violations, none of which made any sense. I have been back and forth with their horrible seller services and have waited many days for any kind of response.

So, my book is available on my store for now. In fact, I still have around 30 Limited Edition signed/numbered hardcover/slipcases.

The Kindle version is still on Amazon. Check out some of the reviews, this book is a blast.

If you want a 20% discount check out BearsWantToKillYou.com. Or, if you are on my email list, search your inbox for the most recent email.

I’m not doing new Axe Cop right now (though if you want to see some Axe Cop episode commentaries they are available on Patreon.)

I have been working on this bear survival guide based on the bear news and survival tips I have created as a companion to Bearmageddon, my other web comic. 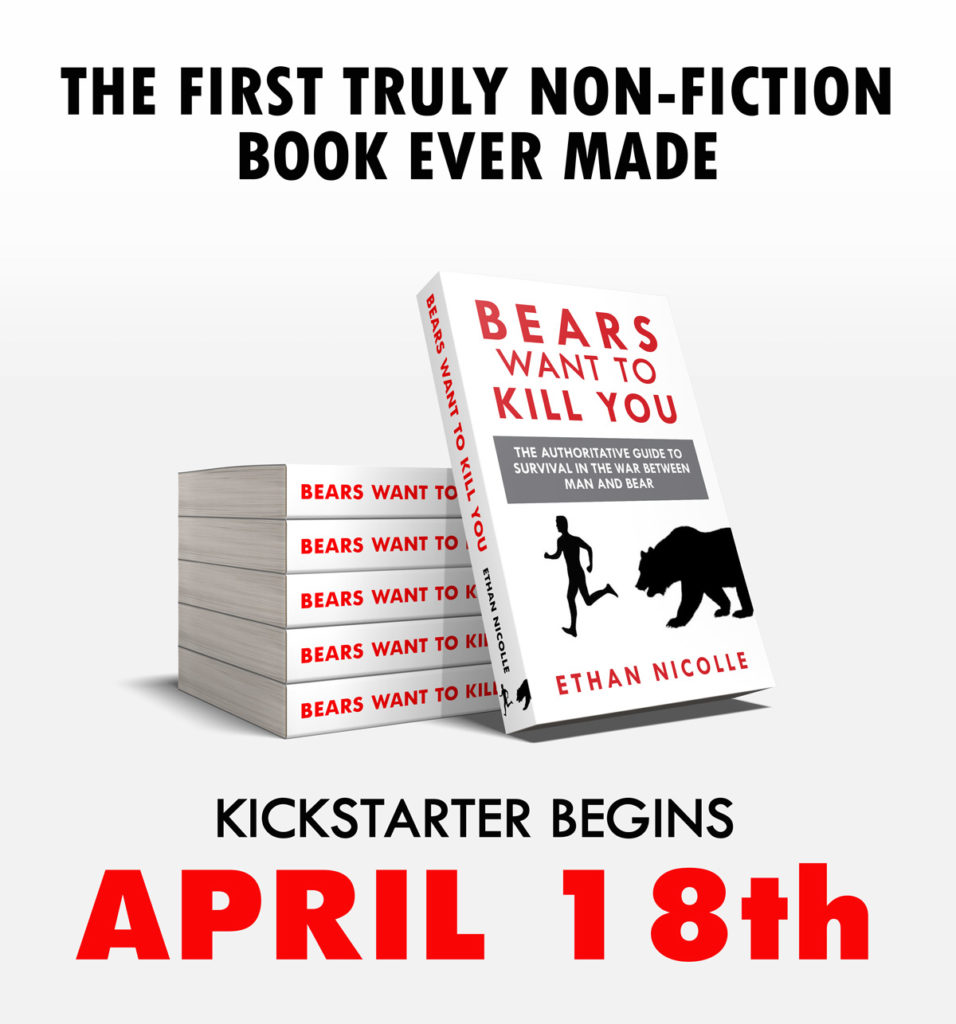 This will be on my Kickstarter page, launching April 18th and lasting 30 days.  There won’t be Axe Cop stuff involved, however, if you would like there to be, send me a message and I’ll see what I can do.

The sick bug got me, so as soon as I post this I’m laying back down. Thanks for reading, and thanks to Parry for getting this song done. I think it’s my favorite one so far.

You can listen to the complete version of the song here.