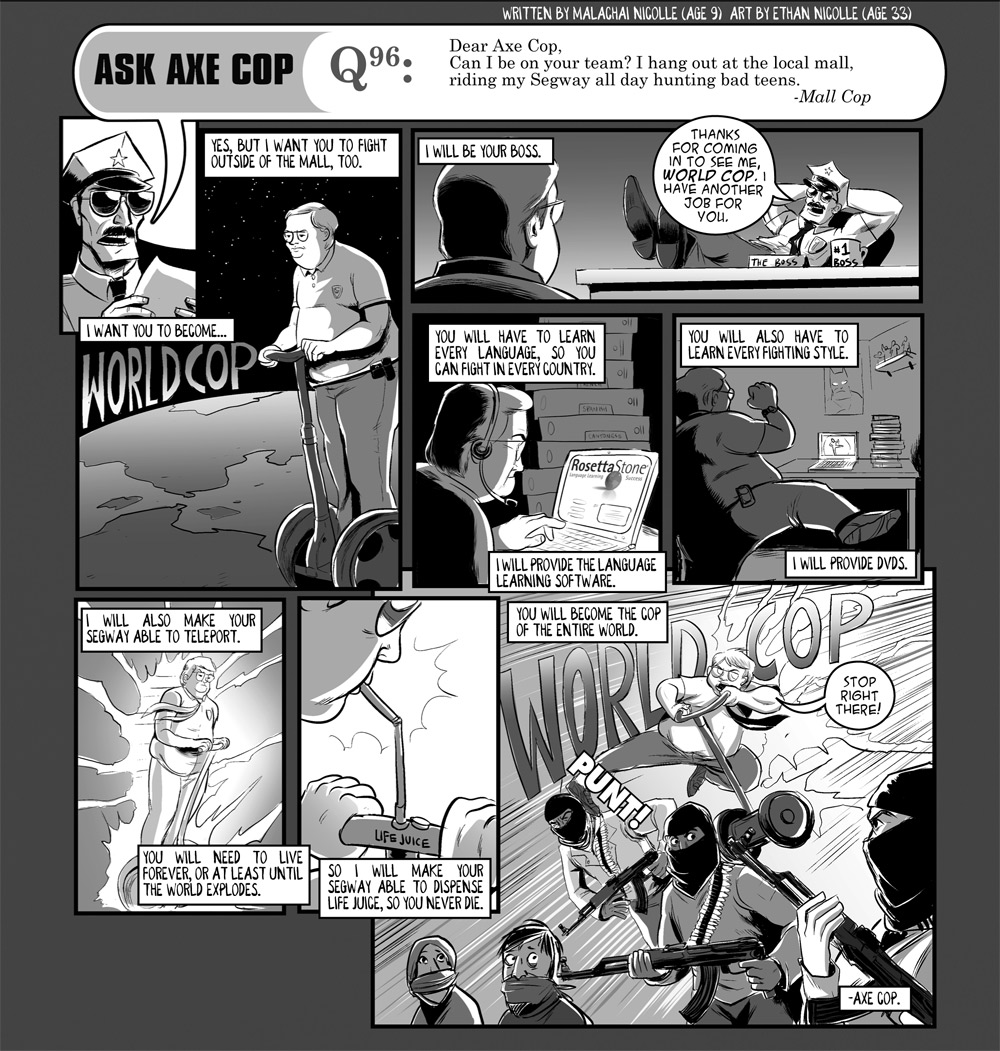 This is one of those things I love about how kids see the world.  When you get older and jaded, you tend to mock Mall Cops.  But to a kid, the job is equal to being Batman.  Malachai’s only real issue with the mall cop is that he only stays inside the mall, when he could be protecting the whole world.  A Segway is not a silly device to Malachai, it’s awesome.  It’s like a stand-up Batmobile.

I hope Mall Cops the world over are inspired by this one.

Also, Steve Jackson Games, makers of the awesome Axe Cop Munchkin Card Game, have partnered with AxeCop.com and will be advertising upcoming games.  Big thanks to them for helping pay the bills on the site.  I am a big supporter of their work.  They have a game that we will be advertising in February called Nanuk, and it has bears.  You know how I feel about bears.  Here is the info they sent me:

Winter is Coming
All the hunters boasted of their prowess, but you boasted the loudest. Now you have to deliver . . .
In Nanuk, each player bids for how long he can stay on the trail and how much he will bring home. Each boast must be greater than the one before, until one hunter refuses to raise the bid, saying “You’re doomed!” Then the hunt begins. Will the hunt leader make good on his boast, or will the doomers be right? Every player decides secretly to help . . . or to let it fail.
Beware Nanuk, the great polar bear, who can end any hunt in failure. If you find an inuksuk, it will protect you — once. If the hunt is successful, the hunters share the animals collected. But if the hunt fails, the doomers score instead.
Nanuk is a fast-playing, highly social game of bidding and bluffing for 5 to 8 players

Also, there is still time to enter the Revenge on Rainbow Girl contest on Facebook!
Ethan