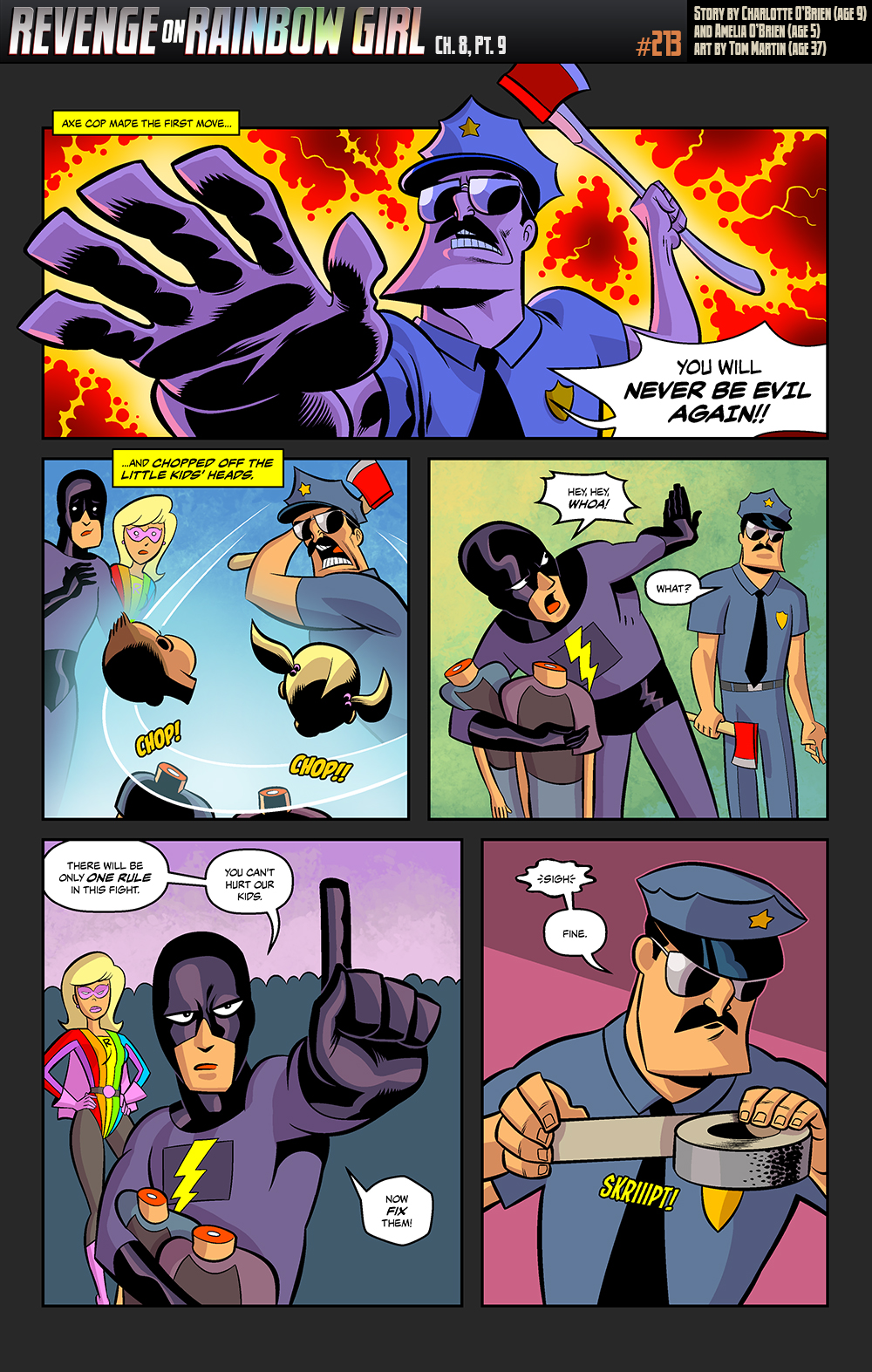 And there it is, the first blow of the coming battle is struck, and it’s called foul right off. The way this came about was in telling the story, Charlotte got to this part and said:

“…Axe Cop walks up with all his pals. And he says to them “you will never be evil again! And then he chops off the little kids’ heads.”

She immediately rethought it and started to go another way, but it was too funny to let go so I kept it. You HAVE to keep a sudden, unprovoked axe attack on little kids to punish the parents. You know, when I type it out like that, it’s not so funny anymore. But… well… at least it’s funny in the Axe Cop universe. Infanticide is many horrible things, but at least we can enjoy that it’s hilarious in the context of an Axe Cop comic.

‎”If The Hulk just played dead,
nobody would ever bother him.”
-Charlotte, 6 years old

Amelia’s in trouble and she thinks her
stuffed bear, Vanilla, has told on her.
She yells “Curse you, Vanilla!!”
then throws him down the stairs.
-Amelia, 5 years old